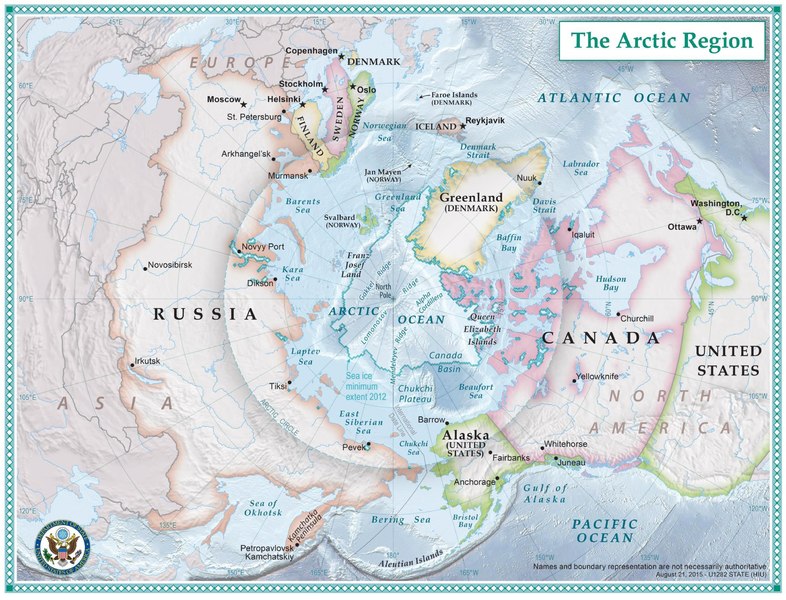 Remember last August (2019) when the President of the United States expressed interest in “buying” Greenland from Denmark?

Remember how the Danish Prime Minister called the offer “absurd”?

Remember how we (some people) laughed and laughed about our Idiot President trying to buy a Country? Good times.

Did these same people tell you that in April of 2020 the United States GAVE Greenland $12.1 million dollars in “aid” and will be opening a consulate in there? That all of this money and political standing is being given to a Country that has approximately 56,000 inhabitants?

Now, if you are the typically uniformed American, you might ask – with outrage in your voice – why the hell are we giving American money to Greenland? All you are probably thinking about is the COVID-19 pandemic and how it’s making your life miserable. Truthfully, that’s about all that our “News Media” is talking about because they can bash the President over it – the Greenland bashing is old news now.

So, why are we giving money to Greenland? Resources that why.

Resources? – you might ask. That’s so World War 2! Well, World War 3 might just start over Resources again! But why do we need more Resources? As an example of this train of thought, remember the great New York Politician who stated – “Why do we need farmers when the grocery stores are full of food.”

Why are Russia. China, India, Japan and others interested in the Artic? Resources! Why is everyone buying up land, buying mines, making treaties or just taking over lands that aren’t their’s to take? Resources!

With the melting going on in the artic – climate change, magnetic poles shifting, normal cyclic changes and who knows what else,  land masses are appearing where ice once was – virgin, unprocessed land masses ripe for exploitation. Think of a natural resource and it is there.

Again, you might ask “We are America – why do we need more Resources?”

Well, the easy answer is that the American Consumer wants the newest cellular telephone, the bigger television set and countless other devices all of which need minerals, some considered “Rare Earth Minerals”, to make those devices.  People want their homes heated (oil and coal are in the Artic), cooled, food on the table and so on. Resources!

Why does China own 2 of the only 3 mines that produce the mineral Cesium in quantity? Neither of those mines are locted in China. Why is China trying to buy mines in Australia and other places that might be able to produce Cesium? As “OilPrice.com” states:

“Why Cesium Is Immune To Pandemic

Cesium is immune because its applications are critical to almost everything that comes next, including advances in healthcare, defense, and the 5G revolution.

For the healthcare industry, it’s vital in strategic organic chemistry, including in x-ray radiation for cancer treatments.

For the oil and gas industry, it’s vital for drilling fluids that prevent blow-outs in high-temperature, high-pressure wells.

For a huge lineup of commercial and industrial, cesium’s applications are many and varied, from catalyst promoters, glass amplifiers, and photoelectric cell components, to crystals in scintillation counters, and getters in vacuum tubes.

But in terms of world dominance, it’s all about time, and 5G. It’s the “cesium standard” that allows us to measure time accurately. That means it’s the key to mobile networks, the internet, and GPS.

This also means that without cesium, the global 5G war cannot be won.

For the most part, the average person only has a cursory understanding of what 5G means, and how it could transform the global balance of power. But 5G without cesium doesn’t work. The new 5G cellular wireless tech will transfer data and the correct time faster than ever before–fast enough and accurately enough to transform industries.

In other words, 5G technology will rule the world because it can create a continuous, real-time connection for every single device that exists and every single device that will be made because of it. For digital healthcare, it will forge advancements in real-time connections for the biggest advances in things like pacemakers, among many other things. ”

The Critical Metal Trump Is Desperate To Secure | OilPrice.com – posted 04/22/20

What would happen to America if Russia or China owned every bit of Cesium in the World? And Cesium is just ONE of the resources needed to maintain our current standard of living. What if Russia and/or China owned all of these minerals?

The 2 pages listed above:  Watch the Artic and Eastern and South China Sea both have articles and reports about what is going on in those areas and the Quest for Resources that might just start World War 3.